Urian is a touring drummer, recording drummer, and recording engineer from Burlington VT. He plays drums for Rough Francis and The Armed, and has filled in on drums for Converge, Trash Talk, and Burnnyhc.

Urian comes from punk lineage (father and uncles play in Protopunk band DEATH), and cut his teeth playing in several punk and hardcore bands at Burlingtons VT’s 242 main in his pre teen years.

When he’s not on tour with The Armed or Rough Francis, you can catch him skateboarding at the Burlington skate park, making recordings/dubs in his studio, or watching CB4 on his LaserDisc player at home. 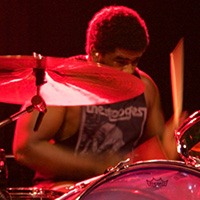 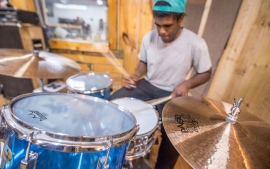 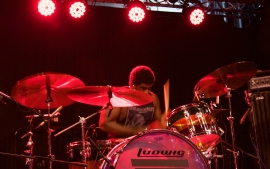