Bun E. Carlos, is the primary drummer for American rock band Cheap Trick. He is the band's chief setlister and archivist, and maintained recordings of all the band's shows, some of which have been released under the title 'Bun E's Bootlegs'. Carlos has two side bands with former Cheap Trick bassist Jon Brant; The Bun E Carlos Experience and the Monday Night Band.

Carlos is left-handed, but has alternated between left and right-handed playing throughout his career. He has several writing credits, the most notable of which is the drum solo track "Who D'King", from the album All Shook Up and Bun E. in a Box (2004), a drum sample CD. 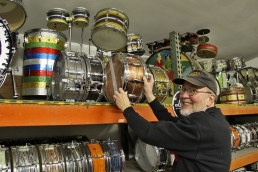 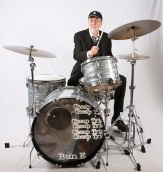 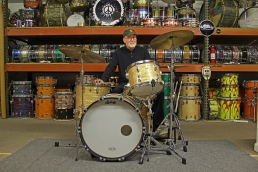