Szilard Banai is one of the busiest drummers in Hungary. He has
played on more than 60 records in different styles. Szilard plays: jazz,
rock, pop, fusion, world music. Several of his albums had nominations and won awards in Europe and in the United States.

He has been continually touring with his band Silhouette and Vinx around the world.
Szilard is the founder, leader and the composer of this band.
Vinx is the singer, percussionist and the composer. He recorded and toured with some of the music industry’s greatest icons: Stevie Wonder, Sting, Cher, Tom Jones, Herbie Hancock ,Sheryl Crow, Branford Marsalis,
He currently teaches at the Berklee College of Music in Boston

Szilard appears in reviews and articles of the word's leader drum magazines like: Modern Drummer, Drum, Drums and Percussion, Sticks etc..
He directed and composed a drum duet DVD. The  Paiste company presented  this material at NAMM and Frankurt Messe in 2016 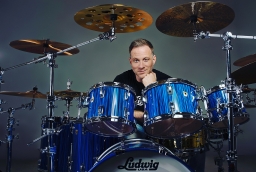 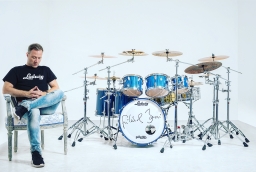