Seung-Q Shin, born in 1989 in Incheon, is actively performing as an independent musician and a drummer in Seoul, Korea. He also plays both live and recorded sessions with popular singers, singer-songwriters and is teaching at Howon University's division of Applied Music. Thanks to his father's hobby of LP collecting, Seung-Q loved to dance to Michael Jackson's music in his childhood and often spent time with Tchaikovsky. Because of that influence, it was not at all strange to be naturally interested in the drums and pianos that he encountered in the church when he was thirteen. Since then, he continued to play the drums in the church and the school band. Later, he entered Howon University in 2008 to receive professional education in the music field, and after that, he participated in bands or project teams. In the meantime, he was awarded the Grand Prize at the Jarasum International Jazz Concours in 2010 as Kim Na Hyun Band and was selected as a CJ Tune-up Musician as Hyangni, allowing him to have various musical experiences.

In 2010, he was able to perform with a singer-songwriter Park Sae Byul through the introduction of his professor. It was his first live session, and the result was a success. Since then, he has been participating in many of 'Antenna' musicians' performances which is a music label where Park Sae Byul is also a member and has been involved in numerous albums and tours with many other Antenna artists including Peppertones, Jung Seung Hwan, and of course Park Sae Byul, until 2020.

While performing as a drummer, he started a project group called MQQN, which deals with alternatives and ambient sounds with guitarist Moon Suk Min. MQQN has released three singles so far and has participated in designer Karim Rashid's Korean exhibition with music.

While performing as a member of pianist Lee Sun Ji Trio and Lee Sun Ji Chamber Ensemble, Shin Seung-Q was named Rising Star in 2019 by Korean monthly music magazine. Seung-Q Shin also participated in recording the album "Song of April" by Lee Sun-Ji, which was awarded the Best Jazz and Cross-Over Jazz Record album for the 2019 Korean Music Awards. Currently, he is an artist of Ludwig Drums and Big Fat Snare Drums. 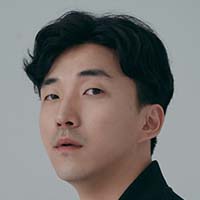