Sang-woo Lim is a Korean drummer, composer, and educator. Born in 1986, he naturally became interested in music while attending church when he was young. He became interested in rock music when he was in middle school and learned to play the drums. At the age of 20 he entered Seoul Institute of the Arts and participated with several bands as session members and worked in indie music scene. During his military service, at the age of 23, he joined a police band and became interested in jazz music. After returning to school, he joined a big band at Seoul Institute of the Arts and won the grand prize at the Gwanghwamun Jazz Concours. After graduating from college, he participated in many performances and recordings as a jazz drummer and session drummer. In his two solo albums, he participated in composing, arranging, and performing. His original and delicate performance impresses people through the Ludwig Classic Maple and Black Beauty snare. 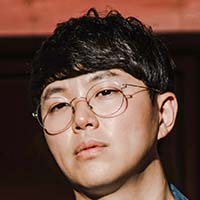