Chung KunYoung whose main arena of activity is Europe, is now living in Vienna. He studied under Walter Veigl’s instructions at the University of Vienna starting 2000 that generated a galaxy of internationally-renowned European classical musicians, like Claudio Abbado, Yehudi Menuhin and Jubin Mehta, where he graduated as an honored student in bachelor/master/supreme musician courses. He majored in chorus conducting at church music conservatory in St. Poelten’s parish and symphony orchestra conducting in Vienna conservatory, respectively.

Having been awarded the first prize at Austria Fastest Percussion Instrument competition in 2004, he is working as chief timpany player in Korea-Austria Orchestra. On top of that, he performed with world top-notch conductors like Richardo Mutti and Jubin Mehta in Anton Webern Orchestra whose members are from the University of Vienna.

Since 2009, he has been working as a full professor at Prayner conservatory, which is known to have the most exquisite music hall in Vienna.

In the ensuing year, 2011, when he was still in his 30s, he was selected as a guest professor of Vienna National University, which is an unprecedented honor for Asians. In the same year, he organized master classes for musical talent of a variety of universities including Korea

In 2012, he made a contract with And Vision, a Japanese Education Consulting Company, and presented performances and workshops with world prestigious masters, which, soon, entailed his dedicated efforts to nurturing his followers both in his home country, Korea, and various other nations.

In 2013, he organized an ensemble, 'One World Percussion' with the world's top soloists, Jeff Queen, Nebojsa Zivkovich gave a performance in '2013 Seoul Drum Festival'. Recently he works for one of percussion manufacturing companies, 'Majestic'.

He has shown an extraordinary prowess as a professional musician by performing with numerous orchestras including Korean Symphony in prestigious concert halls in various places in Korea. 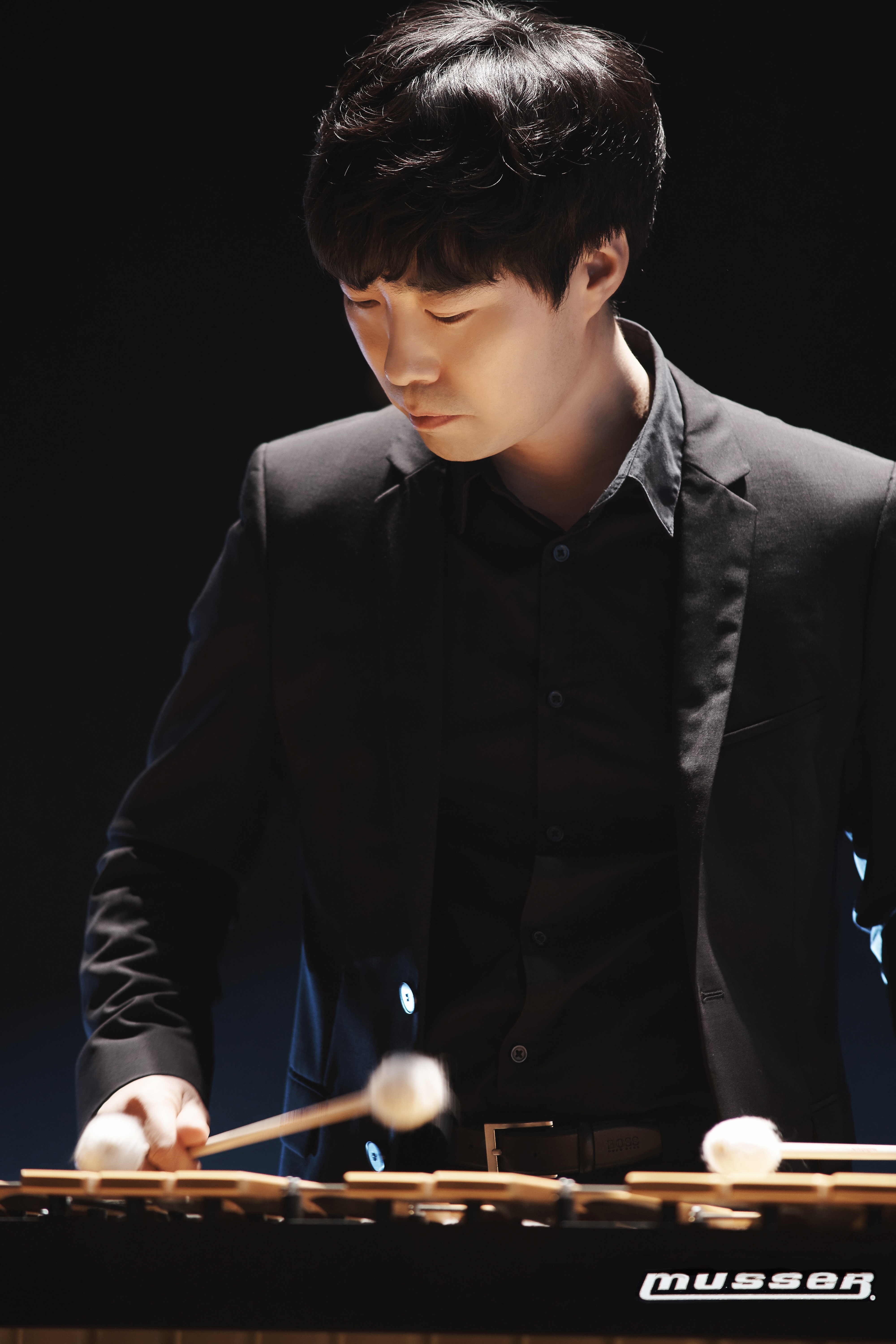