Born in Seoul, South Korea, Heekyoung Lee "Mothervibes" began to play the piano and study classical music at an early age of 4.

She started to pursue a professional career as a classical percussion player and it was during her path when she realized her passion for Vibraphone and other genres of music such as Jazz, Funk and Pop.

After graduating from Seoul University, which is regarded as one of the top classical schools in Korea, she moved to the United States and achieved a masters degree at Boston University. After graduating, she progressed on to build up a strong background at Berklee College of Music. During her time at Boston, she developed and presented herself not only as a vibraphone player but also as a composer.

On her return to Seoul, she brought with her a fresh new shock to the music scene and attracted immediate attention followed by huge recognition.

Since then, she has collaborated with countless number of musicians including famous artists such as Sang Ji Koh, the bandoneon player and SunwooJungA, another well recognized singer songwriter.

She is now working on her first album to reach further audiences and let people explore her musical journey. 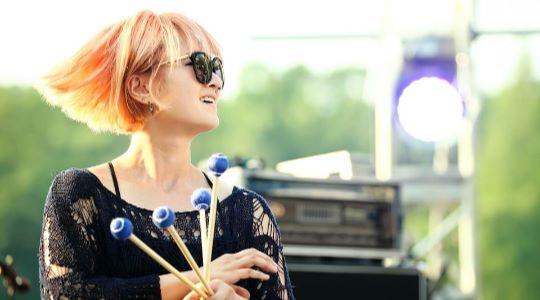