Growing up in a house full of musical instruments, Daxx gravitated towards the drums at a very early age. After high school Daxx traveled the US extensively with his original band, Harmony Riley. Upon the band's dissolution Daxx packed up and moved to Los Angeles where he quickly got into the studio and touring world. His first break was drumming for surf guitar pioneer Dick Dale. While on breaks from touring he formed A Fine Frenzy with singer/songwriter Alison Sudol. This led to jobs with Brandi Carlile, Cory Chisel and the Wandering sons, and numerous others. Since March of 2010, Daxx has been the touring drummer for the legendary rock band Cheap Trick. 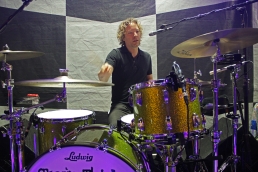 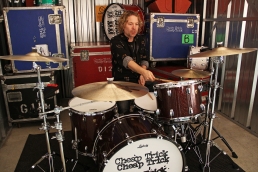 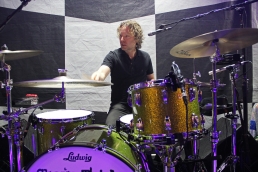 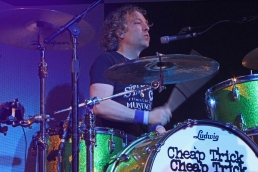