Daniel is a touring and recording drummer from Baltimore, Maryland. He is an active and founding member in the bands @turnstileluvconnection, Angel Du$t, and Praise. He is also obsessed with The Matrix (1999).

Daniel grew up in Prince George’s County, Maryland, influenced by local Washington D.C. punk and go-go drummers such as Stomp Dogg from Northeast Groovers, Buddy from Backyard Band, Brendan Canty from Fugazi, and Earl Hudson of Bad Brains. Today, you can find him on tour around the world, or at home playing Everquest (1999) in his bedroom. 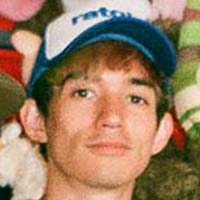