Dani Markham was born in Louisville, Kentucky, where she began playing percussion at the age of 8 in the Fabulous Leopard Percussionists (now known as the Louisville Leopard Percussionists,) under the direction of Diane Downs.  Dani excelled in music during these elementary years and began studying privately at the age of 9. While in the Leopards, Dani performed at PASIC several consecutive years and also took 2nd place in the PAS International Marimba competition in 2003.

In 2000, Dani was featured alongside hip-hop phenomenon Jay-Z’s current drummer, Tony Royster, Jr., by the Percussive Marketing Council in their campaign to showcase young drum phenoms.  In 2005 she received a full scholarship to the University of Miami where she studied percussion and pursued her interest in Brazilian, Latin, and jazz styles. Her recent collaborations include indie-rock band, Tune-Yards, and Grammy nominee, Childish Gambino. She has appeared on Jimmy Fallon, Conan O’Brien, Jools Holland, and has been featured in Modern Drummer and Tom Tom Magazine. 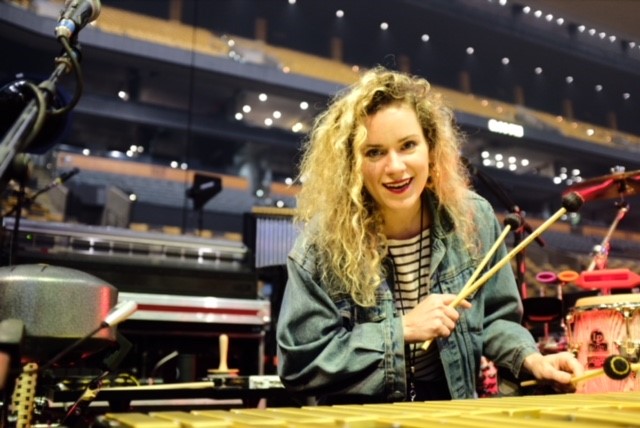