Daeho Kim is a drummer, producer, and an instructor in South Korea.

Born in Seoul in May 1983, he received arts education under the influence of his mother’s side of the family, some of whom were well-known movie editors.

As a child, he had frequent exposure to church music, which eventually led him to dream of becoming a drummer.

Majoring in drum at Seoul Institute of the Arts, he played in his professor, Kie-Ho Jang’s band at the age of 22. He also performed with professor Choong-Wan Han.

Daeho joined the Navy Entertainment Team and built his career by performing with pianist Yiruma.  After his service, he performed in the musical <Covenant of Journey> in New York, Broadway and in Washington Kennedy Center in Philadelphia.

Since then, he has participated in recordings and live performances of numerous K-Pop stars, such as Jung Yeop, IU, Vibe, Lyn, and MeloMance, and has been expressing his musical thoughts and ideas through playing in various modern jazz trios such as Oh Hwapyeong trio, Inseop Song trio, and Gunmin Lee trio.

Daeho’s musical ability has allowed him to perform in a range of genresㅡfrom classic music to traditional Korean music. He played alongside classical artists such as Yuhki Kuramoto, Dito, Seoul Phil, and Oneness Phil. Much expectations are raised for his future courses.

Daeho is currently preparing for his new album and his career as a music producer. He is also dedicating himself to instructing and fostering other junior musicians in universities and professional education institutions. 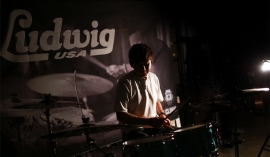 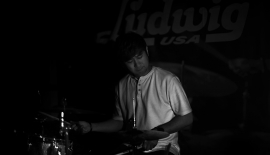