For the last five years, Kevin Murphy’s been the power house drummer for country singer Randy Houser. Before his current road gig, Kevin toured for 11 years with the band Tonic. Growing up in the Northern Virginia/DC area, Kevin’s exposure to music, like hardcore and “Go Go,” became an undeniable influence on Kevin’s playing and has served him well for the more than two decades he’s spent as a full-time professional drummer.

Kevin plays an active role in the Nashville drumming community and constantly works at maintaining strong friendships among his peers. Most recently Kevin was one of the drummers mentioned in the August issue of Modern Drummer‘s feature on the “Nashville Drummer Jam” and their tribute to Neil Peart.

It’s easy to hear an air of confidence in Kevin’s voice but you can also hear it in his playing. His YouTube channel is well stocked with live footage of Kevin’s dynamic playing.

Kevin has also taken on the role of producer and songwriter. Kevin’s producing and songwriting skills can be heard on Josh Gracin‘s (former American Idol contestant) record “Redemption.” Also, Kevin is a partner in a hot sauce called Mad Hatter Foods. 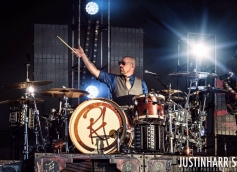 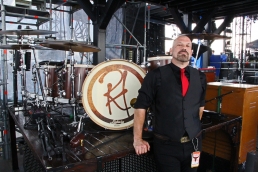 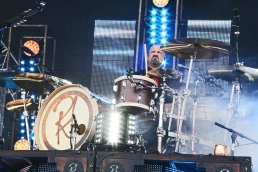