Acclaimed by the Pittsburgh Tribune Review as “a veritable percussion genius…he, in fact, was superb,” Ronald Horner, is an Assistant Professor of Music at Indiana University of Pennsylvania, and Director of Percussion Studies at Frostburg (Maryland) State University.He received a Bachelor of Science degree in Music Education from Indiana University of Pennsylvania, a Master of Music degree in Performance and an Artist Diploma in Timpani from Duquesne University, and a Doctor of Musical Arts degree in Performance from West Virginia University. His primary teachers include Elden “Buster” Bailey, Roland Kohloff, Stanley Leonard, and Gary Olmstead. He has studied Indonesian music under the tutelage of Ki Mantle Hood, and the music of Africa with Paschal Yao Younge.A member of Pi Kappa Lambda National Music Honor Society, he has received numerous academic and professional awards, including a 2002 Governor’s Citation from Maryland Governor Parris Glendenning, a 2002 Proclamation from the Maryland House of Delegates, 2008 inclusion in Leading Educators of the World, membership in Who’s Who in the World since 2008, and 2016 inclusion in the International Who’s Who in Classical Music. He is an active participant in the National Conference on Percussion Pedagogy, the American Society of Composers, Authors, and Publishers, and the Percussive Arts Society. His performing experience includes former membership in the Israel Philharmonic Orchestra and regular performances with the Pittsburgh Symphony Orchestra, under conductors including Leonard Bernstein, Marvin Hamlisch, Rafael Kubelik, Lorin Maazel, Zubin Mehta, Mstislav Rostropovich, and Sir Georg Solti.He has accompanied soloists including Yefim Bronfman, Dietrich Fischer-Dieskau, Luciano Pavarotti, Isaac Stern, Itzhak Perlman, Yo-Yo Ma, Jean Pierre Rampal, Nathan Milstein, Bernadette Peters, and Frank Sinatra, Jr.

Dr. Horner has presented numerous premiere performances of works composed for him, including the Toccata for Timpani by noted American composer Emma Lou Diemer.He is in demand as a guest lecturer, having presented master classes at Penn State University, James Madison University, the University of Maryland, Tel-Aviv University, and the Curtis Institute of Music, among others.He has served as an adjudicator for solo and ensemble competitions throughout the northeast, and serves as a percussion judge in the ENKOR International Music Competition.Since 1995, he has held the position of Music Director and Conductor of the Arion Band of Frostburg, Maryland – one of the oldest community bands in the United States.Dr. Horner has studied conducting with C. David McNaughton, H. Eugene Hulbert, Hugh Johnson, and Donald Johanos.

Additionally, he is currently serving as Principal Timpanist of the Johnstown and Westmoreland Symphony Orchestras (both of which he has appeared with as soloist), and is timpanist for the renowned Keystone Wind Ensemble. He has recorded on the Deutsche Grammofon, London/Decca, CBS Masterworks, Sony Classical, and Citadel labels, including a Grammy award winning collaboration with legendary soprano Leontyne Price. Dr. Horner is a clinician for the Ludwig/Musser division of Conn-Selmer Industries, Vic Firth Incorporated, and Sabian Ltd.He is the author of What Do Drummers Really Want, the music appreciation text An Elemental Approach to Music, and the timpani method book The Tuneful Timpanist. 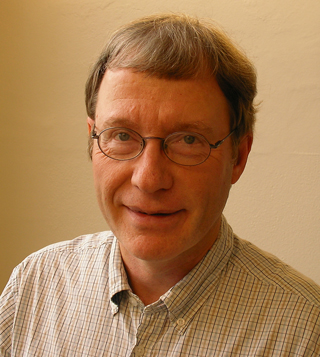