Roli started playing the drums at a young age.

Growing up in the middle of the swiss alps, he was soon drawn to the rehearsal rooms and bandgarages oft he cities around his birthplace.

He is involved in various projects and bands, that range from easy surfer sound to folkrhytms or rockmusic. Roli gives every Sound his signature groove while still remaining true to his roots in the middle of the Swiss mountains.

Since he bought his first Ludwig Vistalite Drumset in his 20ies, he is an enthusiastic fan and collector. His job as a drumsalesman in Switzerland`s largest store makes his passion for Drums his vocation.

With his latest project The Hydden, a two man rock band, he plays his Ludwig Vistalite with passion. It`s rich sound fits perfectly and inspires Roli to rock on in furthur projects. 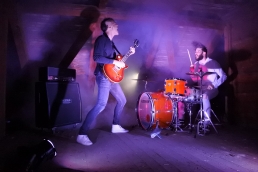 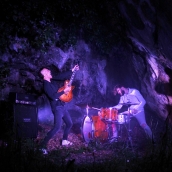 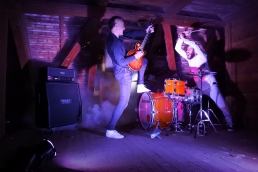