Described by RCA Records recording artist Tyler Childers as the man with the “funky beats and Colgate smile,” Huntington, West Virginia native Rod Elkins has spent his life keeping time and sharing his innate and infectious love of music.

As the touring drummer for Childers, Elkins is the heart-beat of a rhythm section that includes Elkins’ high-school friends and college bandmates, Craig Burletic, on bass and James Barker on guitar and steel guitar, who’ve been playing together for the past 10 years. That band, The Food Stamps, which also features “Professor” Jesse Wells, on multiple instruments, has performed sold out concerts around the world, including a sold-out headline debut at Red Rocks Amphitheater, sold-out concerts at the Ryman Auditorium, The Grand Ole Opry, Mountain Stage, and festivals around the world including Bonnaroo, Stagecoach, Lollapalooza. The band also appeared on Jimmy Kimmel Live and The Tonight Show Starring Jimmy Fallon and has opened for everyone from Willie Nelson and The Raconteurs to Guns N’ Roses.

Only in his 30s, Elkins has drummed professionally for more than 20 years having begun touring playing drums at age 12 for his dad Rod and his twin brother Ron’s classic country unit, The Elkins Brothers Band. A member of the award-winning drumline for perennial state champion Cabell Midland Marching Knights, Elkins dove even deeper and wider into rhythm in college. Elkins and Burletic, both class of 2006 graduates of Cabell Midland High School, played in multiple jazz ensembles at Marshall University.

Influenced by a wild kaleidoscope of drummers including Levon Helm, Steve Gadd, Vinnie Colaiuta, James Gadson,and old jazzers like Art Blakey, Elkins, also a backing vocalist for Childers, says backing his long-time friend, Tyler Childers for the past five years has been an adventure in feeling out the right rhythm and textures to wrap the right sonic cloak around a great song.

“With Tyler it is all about the songs and those songs can be played without drums so I have to fight to stay relevant and so it is minimal, groovy and heartfelt,” Elkins says. “I read a quote that said good musicians have to know what love is to be a good musician and I believe that. You have to feel that love and emotion in the song.”

In 2020, Elkins and The Foodstamps are backing Tyler Childers on A Good Look’N Tour that features Childers and fellow Kentucky native, Sturgill Simpson. 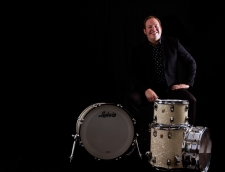 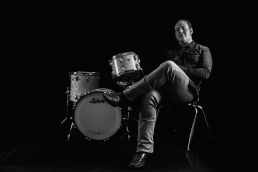 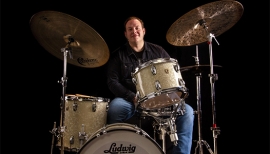