North Carolina native Ralph Alexander started playing the drums after listening to Led Zeppelin’s legendary live album “How the West Was Won.” Bonham’s monstrous drum sound had a profound impact on the 13 year old Ralph and has since made Ludwig the only drums he’s ever owned.

In 2010 Ralph won a full ride scholarship to the Musician’s Institute in Hollywood. After graduating he has lived in both Los Angeles and Nashville, touring and recording with a wide variety of artists. These include CRX (feat. Nick Valensi of The Strokes) and The Dose (an experimental two piece that featured Ralph performing both bass and drums simultaneously via a Moog Taurus III augmented to his kit).

Currently, Ralph is looking forward to touring again with his main gig Poppy in support of her upcoming LP, recorded at the legendary Sunset Sound with producer Justin Meldal-Johnsen (Beck, NIN). The drums of choice for the record? Ludwig. 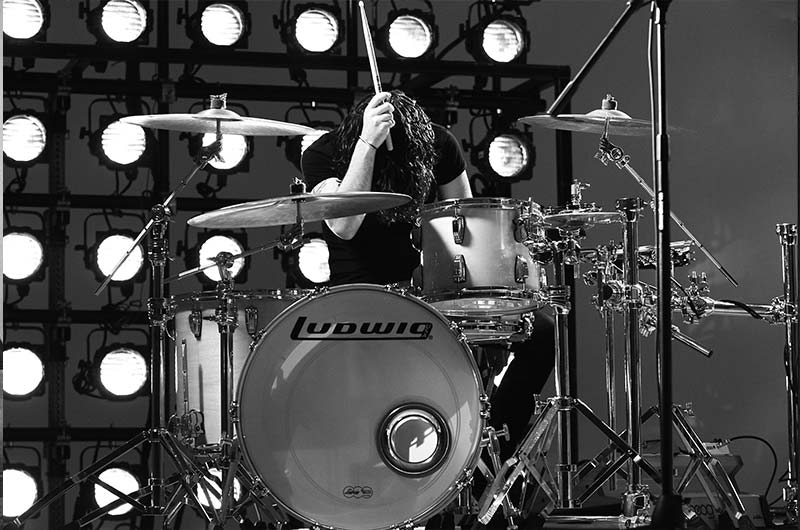