Max Kuehn has been playing drums since he got his first drum set on his second birthday. At age 11, Max started playing professionally in his first band, The Diffs, with his brother Elvis. During his time in the Diffs, they recorded and released a self titled album, and shared the stage with many of their punk rock idols, including The Adolescents, Agent Orange, The Circle Jerks and The Germs. In high school he studied jazz at the Hamilton Academy of Music, in Los Angeles. As the “A” band drummer, Max performed at the the Hollywood Bowl for The Playboy Jazz Festival, and at the Disney Concert Hall. After High School Max toured with many artists including Brody Dalle, TSOL and Jemina Pearl. Max is a founding member of Los Angeles band FIDLAR. They have been touring and recording since 2009. 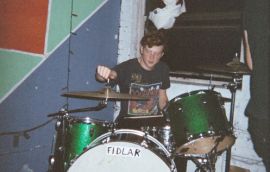 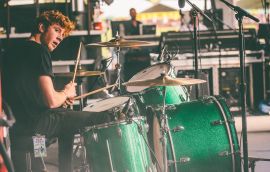