Mario Riso has been recognized as one of the best rock drummers in Italy and certainly one of the busiest in the entertainment world. In addition to his activity as a musician, through which he continues to perform on stages throughout Italy, he is simultaneously active in a series of activities that see him among the absolute stars of the rock and Italian music scene. Born on October 11, 1967, Mario began his career when he was just over 16, immediately showing his talent and dedication to drums, as well as his innate inclination as a communicator.

In addition to having 30 years of experience in the industry - during which he featured in more than 150 records and performed in over 2000 events including live concerts and television performances - Mario is also one of the few Italian musicians to have an active role in the world of television, being one of the most popular faces in the country in the field of music television. Founder of the Rock TV (Sky 718) and Hip Hop TV (Sky 720) satellite channels, Mario conducted the "Morning Glory" broadcast, and was responsible for selecting and presenting the "Test Room" format on a daily basis, offering new talent the chance to let their music be heard.

Through the experience gained in the field and his enthusiasm for talent, Mario Riso is today one of the most important and respected emerging band selectors in our country, so much that ROCK TV and Heineken have entrusted him, from 2010 to 2012, the artistic direction of the "Heineken Jammin 'Festival Contest", a competition dedicated to the new faces of emerging music. Since 2013, however, he has been the artistic director of the Red Bull Tour bus with the "Key in hand" contest, allowing emerging artists to perform for three live dates on the stage of the Tour bus.

In 2006, for AMREF, the organization of which Riso is ambassador and honorary member, the artist founded REZOPHONIC, a project in which he brought together the best of Italian rock to help the construction of drinking water wells in Kenya. In the same year, the more than 150 artists involved gave birth to the first album "Rezophonic" (Sugarmusic), in which Mario also highlighted his skills as a composer, arranger and producer taking care of the production of all the songs.

In 2011 the second album "Rezophonic 2 - In the water" (Zeta Factory) was released, produced by Mario and his friend Oliviero "Olly" Riva, born with the aim of making people aware of the issue of daily water waste. The motto that accompanies the project is "Offer drink to those who are really thirsty" and the song "Nell'acqua", written together with Caparezza, has become the emblem.

A tireless artist, he is constantly evolving and always engaged in new projects. In 2014 Rezophonic's third album "Rezophonic III" was released, under Scarlet Records, which contained the single "Dalla a me (I'm definitely not the waste)" which won the Italian Movie Award for addressing a theme as important as the waste of our days, including the waste of water, a hot topic that Rezophonic always highlight.

Mario Riso is also the sole director of ROCKER, a company that offers events, record productions, management and which has a rehearsal room and recording studio. He is also busy with the format, Rock the Dj, the only live dj-set, with which he completely upsets the rules of traditional sets, along with KG Man. 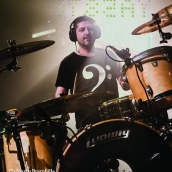 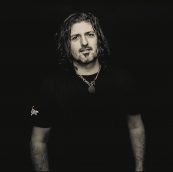 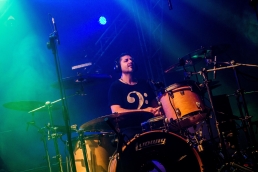