Josef Galloway was born on March 14, 1986 in Reidsville, NC where he first started playing the drums. He wanted to play the Trumpet but his mother told him “As much as you bang on stuff around this house you are playing the drums. In the Six grade he started his middle school year playing drums in the concert band at Reidsville Middle School. Keon has been teaching Percussion and drumlines for almost 10 years and playing the Drum set for over 20 years.

Through time he has learned a lot from many different directors, educators, musicians, friends and even himself. Accomplishing many goals in drumming has given him a respectable name in the Music Industry and The Percussion World. He attended Guilford Technical Community College and North Carolina A&T State University Majoring in Music education with his concentration being Percussion. In 2004, he joined the marching band at North Carolina A&T where in 2005 of his Sophomore year he became Captain of the world renowned Drumline "Cold Steel" of the Blue and Gold Marching Machine.

Throughout his career, Keon became a well-known drummer and Co-Founder/President of Snare Si Phi (SSP). Where his objective was to better the student in skill and knowledge of their craft no matter the age, color or ethnic background. Snare Si Phi is now at many Colleges and Universities across the USA.

In 2008 he was honored to get endorsed by Vic Firth Stick Company on their Education Team Roster as an Educator. During that time he was the percussion instructor at James B. Dudley High School in Greensboro, NC. From 2008-2013 he was grateful to have toured Europe with multi-platinum recording artist Peter Fox and multi-platinum group SEEED appearing in many videos with those groups and other European artist such as Delle' and Miss Platnum. He’s currently on the band staff at Livingstone College as the Percussion Instructor of the drum line called “Red Alert”. 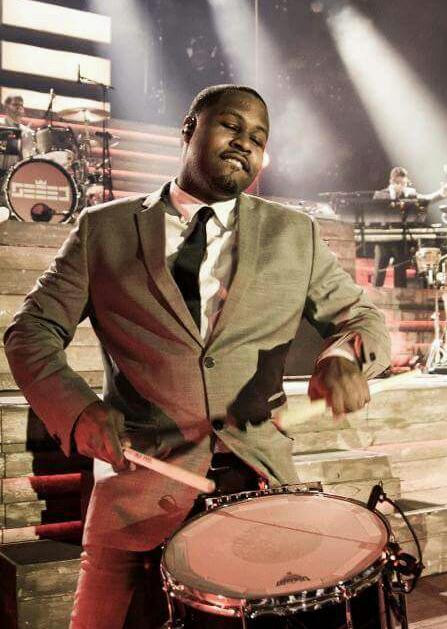