"A New Star Vibist," as he has been trumpeted by Jazztimes, Jon Metzger has developed an international presence through extensive touring, recording, and lecturing. A winner of a National

Endowment for the Arts Fellowship Grant for Performance, he has appeared at well-known jazz venues across the United States and has led his quartet on tours of Germany, Italy, Holland, Belgium, and Austria. He has played for kings and queens and other heads of state while serving as a jazz ambassador to more than 20 foreign countries in the Near East, Northern and Sub-Sahara Africa, and Central America under the auspices of the United States Information Agency's Arts America Program. He has also performed at the Spoleto Festival, both in Spoleto, Italy and Charleston, South Carolina; appeared at the East Coast Jazz Festival in Washington, DC; dueled vibes with Lionel Hampton at the Jazzfest Festival in Kingston, Jamaica; performed with Gunther Schuller as part of the American Composers Series at Strathmore Hall Arts Center (Maryland); and been featured in the Martin Williams Jazz Concert Series at the Kennedy Center.

His seven recordings as a leader have received widespread airplay and critical acclaim. The Washington Post called his release Into the Light "music that simultaneously appeals to the head, heart, and feet," while Jazztimes added "Metzger's musicianship shines," and Cadence concluded "Metzger is a flawless vibraphonist." On these releases Metzger was joined by Fred Hersch, Phil Markowitz, Marc Johnson, Harvie Swartz, Joey Baron, Jack Wilkins, and Allison Miller, among others. He has appeared on dozens of other recordings including six CDs with vocalist Ronnie Wells and pianist Ron Elliston (one was a Cadence top ten jazz release choice), Iris Benjamin's Passing By, and the NC Jazz Repertory Orchestra's Benny Goodman Swing Collection. He was also the first artist profiled on the Southern Arts Federation's landmark Jazz South radio program and is now the only artist selected more than once.

Metzger has conducted masterclasses from Boston's Berklee College and the University of North Texas to the University of North Florida and CAL Arts and has lectured at the Smithsonian Institution. He has also given many clinics at the Percussive Arts Society's International Convention and the International Association of Jazz Educators Conference. He has been endorsed for 17 years by the vibraphone manufacturer Musser which offers subsidies for his clinic appearances. His numerous articles have appeared in Percussive Notes, Jazz Player Magazine, and Sticks & Mallets Magazine. His many works for percussion are published by C. Alan Publications, and his 366-page method book, The Art and Language of Jazz Vibes (EPM), is considered the standard in the industry. Now the Artist in Residence and Associate Professor of Music at Elon University, where he was presented with the coveted Distinguished Scholar Award, he also currently serves as the Associate Editor of the International Association of Jazz Educators' Journal. Metzger, 46, holds both Bachelor and Master of Music degrees from the North Carolina School of the Arts. Originally from the Washington, DC area, he lives with his wife, Linda, and their basset hound in North Carolina. 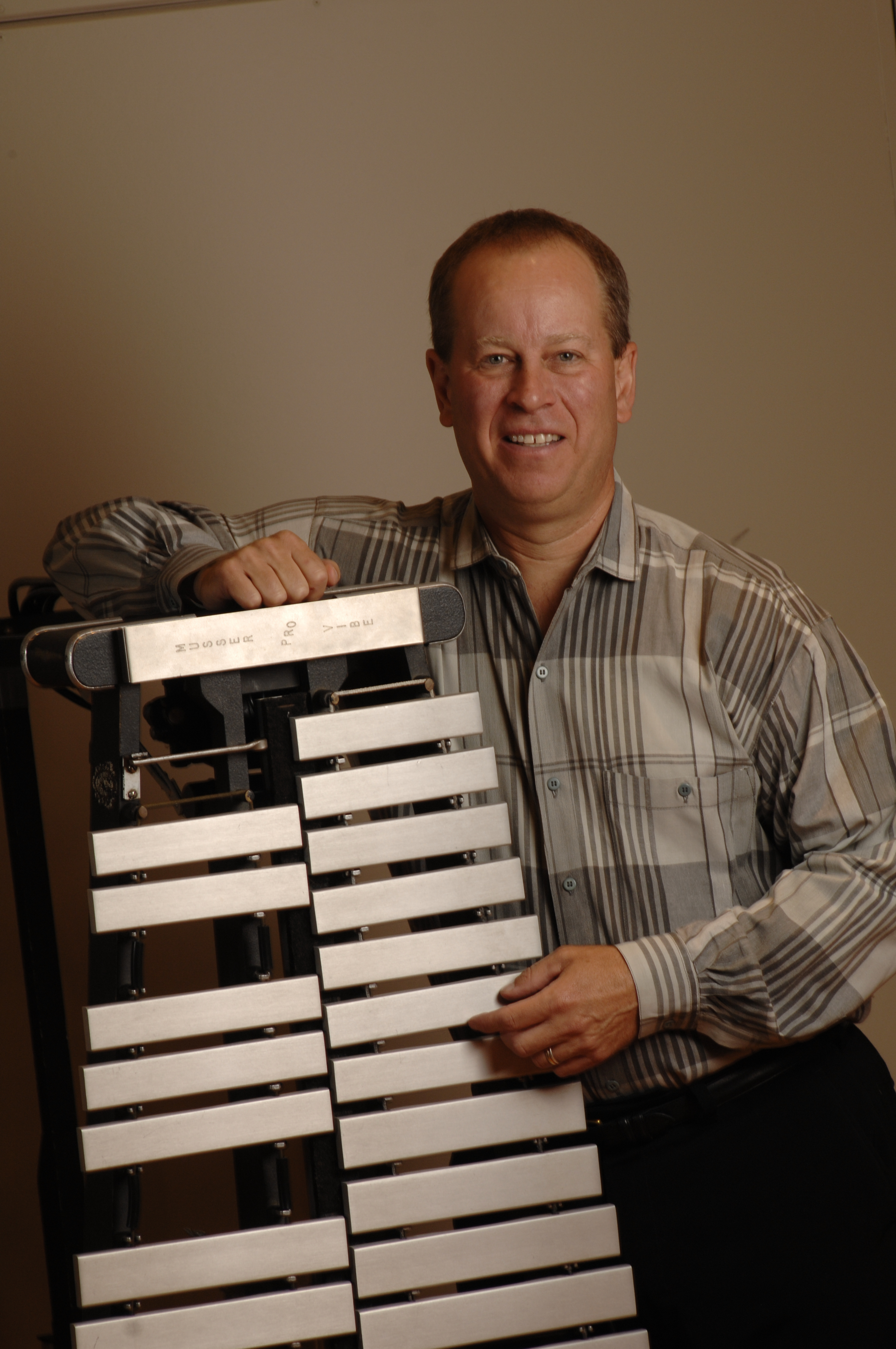