January of 2016, jazz vibraphonist Jim Cooper celebrated his 65th birthday at the legendary Jazz Showcase in Chicago. Forty-five of those years he’s played the vibraphone, performing both as a leader and sideman throughout the country. Throughout his career, Jim has performed with such outstanding musicians as Art Van Damme, Barrett Deems, Ira Sullivan, Buddy DeFranco and Jon Faddis and the Chicago Jazz Ensemble among others. "An imaginative improviser, Cooper delivered quicksilver solos and propulsive rhythms, wrote" The AZ Music Scene.

He was a winner of the 2015 ArtPrize Critic’s Choice Award for his original song, Third Circle. His other awards include a WYCE-FM Jammie Award in 2014 for his work on Jim Alfredson’s CD, Dirty Fingers, A Tribute to Big John Patton and in 2008, he was nominated for four Jammie awards for his recording, Trio Musik featuring The Cooper, Hay, Van Lente Group.

Growing up in Chicago exposed Jim to a wide variety of music and as a teenager attended concerts by vibist Gary Burton and the Modern Jazz Quartet. Starting on piano and drums as a youngster, he didn’t start playing the vibraphone seriously until he was a college student at Michigan State University. After one year at MSU, he brought his vibes back to Chicago and started practicing daily to get his chops together.

The 1980s was an especially fruitful time for Cooper, jamming with many outstanding Chicago jazz musicians, especially pianist/composer Bob Dogan, who became a musical mentor. The Jim Cooper/Bob Dogan Quintet performed at all the top Chicago jazz clubs including The Green Mill, Andy’s, The Jazz Showcase and The Chicago Jazz Festival.The No Exit Café in Roger’s Park became a training ground for Jim and many other folk and jazz musicians.

During the early 1990s, Cooper met and recorded with another Chicagoan, the legendary multi-instrumentalist Ira Sullivan. Their two Delmark CDs, Tough Town (1991) and Nutville (1992) received excellent reviews, with Jazz Times magazine calling Cooper, “a warm vibist who goes for the heart.”

Jim’s other recordings as a leader include Itchin’ To Groove (Jazmyn) and Chi-Town Sessions (Jazmyn). He has also been featured as a sideman on recordings by Michigan musicians Harry Goldson, Dave Bennett, Jeff Haas, Steve Talaga and Ken Morgan.

As an educator, Jim’s clinics and workshops focus on vibraphone technique, improvisation and combo performance. In 2016, Jim celebrates 15 years at Blue Lake Fine Arts Camp as a summer jazz instructor and currently teaches jazz piano at Lake Michigan College. He taught jazz vibraphone at Northwestern University from 2013 to 2015. Jim is a Musser Performing Artist sponsored by Conn/Selmer and is in demand as a clinician/adjudicator for high school and college jazz festivals.

“When the mallets are in the hands of the exceptionally talented Cooper, it’s an extraordinary and inspired performance vs. the mere ordinary!” West MI Jazz Society Newsletter 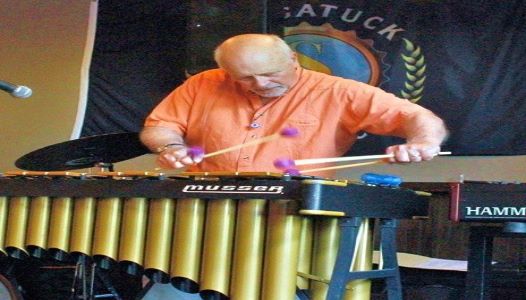