James Jennings is a session/touring drummer from Sydney, Australia. James started his drumming studies at the early age of 10 and from 12 was gigging professionally while heavily divulging into his jazz & orchestral studies. During these early years James was able to play with some of Australia's top jazz artists and ensembles as well as professional orchestras. From the age of 13 and though-out high school James was also accepted into the top New South Wales state all-star jazz ensemble and jazz orchestra where he was able to tour regularly with some of Australia's top youth talent. James then was accepted into the prestigious Sydney Conservatorium of Music for University where he again was able to play and study with some of Australia's finest educators and musicians.

In the final years at The Con James started doing a large amount of touring and session work in Australia's great pop/rock/indie music scene. In 2009
James help form and started playing with the now highly popular Australian band Lime Cordiale extensively touring and playing to large audiences in Australia, New Zealand, UK, Europe and America. In 2019/2020 Lime Cordiale went onto achieve an #1 album ‘14 Steps To a Better You’ ARIA Albums Charts 2020. Over 200 million streams on Apple, Spotify & Youube. #2 Most Voted Artist in triple j’s hottest 100 2019 behind Billie Eilish. 7 Gold Singles. 4 songs in triple j’s hottest 100 2019 coming in at #7, #13,#17 and #32. #1 AIR 100% Independent Single Charts. #1 on AIR Independent Albums Chart -14 Steps To A Better You.  #1 on AIR Independent Albums Chart - Permanent Vacation. 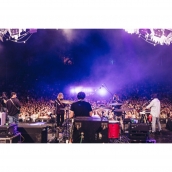 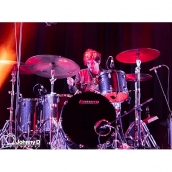 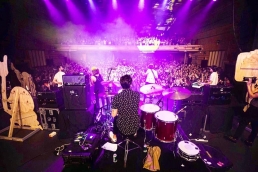