Garrett Harney is the drummer of LA-based Rock/Industrial band Silver Snakes. He started playing piano at age 4, but drums took over when he first picked up the sticks at age 9. Garrett grew up in Santa Clarita, CA and moved to Los Angeles to attend UCLA in 2009. Since, he’s toured countless times and recorded for many artists, including—most notably—Silver Snakes’ 2016 LP “Saboteur.” Garrett is also the producer/drummer/keyboards/vocalist for his solo project “Nexialist.” 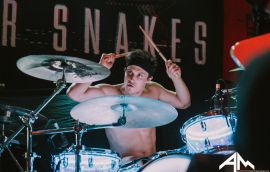 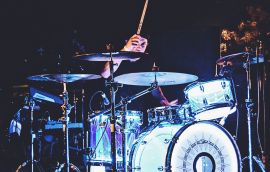