20-year-old Ethan who first signed as a Ludwig Italia artist in 2018 at 17 years of age, plays Ludwig’s Vistalite drums. It is hoped the new global artist relationship will extend the opportunity for Ethan to inspire existing young drummers and encourage those who aspire to learn to play drums, worldwide.

After finding one of his mother's old CDs, Ethan then discovered 'The Police' and from that moment Stewart Copeland became his main inspiration. By age 13 Ethan had forged a keen interest in electronic music and started using Nuendo to produce arrangements and tunes to perform and practice with. However, at 15 Ethan realized that it was the time he looked to join a band and after finding a post on Facebook saying, "Looking for roman musicians," he successfully auditioned, the band Måneskin was formed, and the rest is history!

The Ludwig Team states, "We are proud and delighted that Ethan Torchio continues to choose to play Ludwig Drums and has signed as a Ludwig global artist. Ethan's passion and devotion for drums is equally matched by Ludwig's and being just 20 years old and playing for such an increasingly successful band as Måneskin, we look forward to working together to inspire the next global generation of drummers".

Ethan states, "It is an honour to have the prestigious opportunity to officially become part of the superb Ludwig family, whose drums represent for me the sound that I have always sought in the process of musical creation.
Words aren't enough to describe my happiness, so I'll wait for the music to speak. Rock 'n' roll never dies." 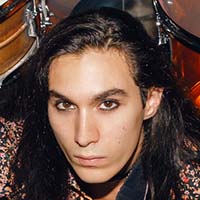 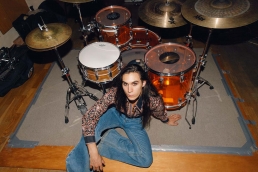