Nashville born and raised, Elliott Huff is currently the touring drummer for RCA Records recording artist Kane Brown. He joined the band at the end of 2019, with his first performance being a sold out show at Staples Center in LA. Despite the absence of live concerts throughout most of 2020, Elliott’s playing could still be seen and heard in performances on Jimmy Fallon, James Corden, the Billboard Awards, CMT Awards, iHeart Country Performances, and the Thanksgiving Day Dallas Cowboys Halftime Show.

Despite being the youngest member of the band, he has already established himself as a go-to player in Nashville, having formerly toured with Seaforth and tracked on songs for Keith Urban, Brett Young, Brantley Gilbert, and more. Elliott strives to approach the kit the same way he approaches life: with tenacity. 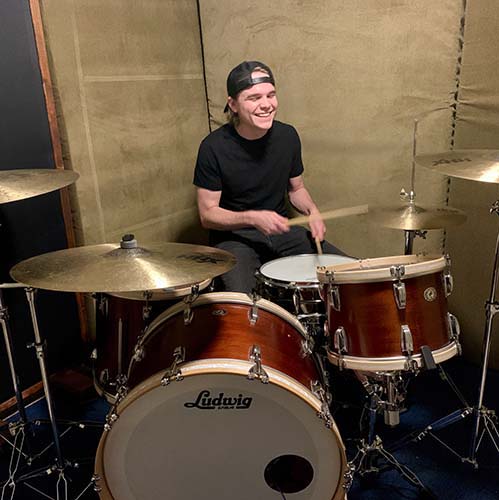