Considered one of the hardest working drummers and producers in Chicago, Eddie Burns grew up immersed in a musical family which exposed him to innovative and accomplished musicians from around the world. He honed his technical skills and creative passion through years of disciplined study in Jazz at the Merit School of Music, The Jazz Institute of Chicago and with mentor Gregory “Stix” Landfair Jr.

In addition to his production duo with twin brother IZ, Eddie has played with Macy Gray, Omar Apollo, The O’my’s and many other artists around Chicago. When not on tour and producing with rising star Clairo, Eddie enjoys making music with Shawnee Dez, Omar Apollo, Tasha, and other emerging artists in Chicago and around the U.S. and the World.

He is currently on an international headline tour drumming for Clairo, having already played major cities in Asia, Europe, Australia and South America, as well as the Lollapalooza, Coachella, and Bonnaroo Festivals. ‘Having toured with Dua Lipa last summer, Clairo just finished Khalid’s U.S. stadium/arena “Free Spirit Tour” for the summer of 2019. They'll continue their “Immunity” headline World tour through the remainder of 2019. 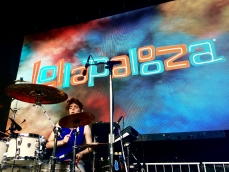 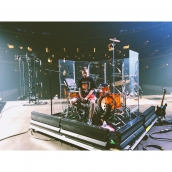