Dario Esposito is a drummer, producer and educator based in Rome, Italy.

He has played, recorded and toured since 25 years as a session man for many artists and bands.

Dario records his drums from his studio for producers, artists, groups, for albums and soundtracks.

He also is a teacher, with  three didactic  books, Keeo Grooving, many Clinics, and Master Classes, and his  international Drum Summer Camp in Italy every year.

With Ludwig since 2009 he also toured in 2018 for the Ludwig Atlas Clinic Tour. 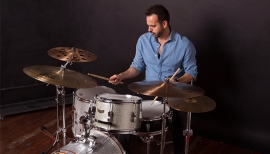 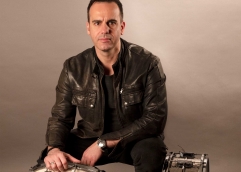