Charlie Adams is an American drummer, percussionist, drum engineer, composer, music producer, and film producer. He formed the rock band Chameleon in the 1980s, and was known for his revolving, upside-down drum set. He has been drum lead for Yanni through nine major concert tours. The two have recorded 15 albums, some reaching multi-platinum status; and their music has been used in soundtracks of various films, television, and televised sporting events. Adams is widely recognized for his drum solos and is featured in the concert films Live at the Acropolis, Live at Royal Albert Hall, Yanni Live! The Concert Event, and Yanni Voices.

He has recorded with Dugan McNeill and Bradley Joseph, and has played for the United States Air Force Heritage of America Band, as well as guest performances with various symphonies and percussion ensembles. He gives motivational talks and seminars, conducts drum clinics, and provides private lessons, a few of whom have included Jimmy Chamberlin of the Smashing Pumpkins and Billy Mason, drummer for Tim McGraw. He also runs an on-line music store and owns a 24-track digital recording studio, Adams Apple Studio, in Nashville, TN. In 2004 he produced an autobiographical video about his career and family, focusing on his two sons with autism.

Charlie Adams was born in Joliet, Illinois and began playing drums at the age of 13 after he bought a red snare drum for fifty cents. His first drum teacher in Joliet was Don Willard, and he also studied with Bill Muehler. At Joliet West High School, under the direction of Dean Sayles, Adams was involved with the concert and jazz bands. He has studied with Bob Tilles and Phil Stanger of Chicago and played a concert series with Don Ellis and Stan Kenton while attending college. He also played in the college jazz band, the symphony orchestra, and the marching band. From Chicago he headed to Minneapolis-St.Paul, studying with Marv Dahlgren, principal percussionist for the Minnesota Symphony.

Adams has played with the United States Air Force Heritage of America Band and has been a guest performer in various symphonies and percussion ensembles. He is credited for percussion on the album In The Velvet Night by Dugan McNeill. He is also credited on the albums Hear the Masses and Rapture by Bradley Joseph, a long-time bandmate and keyboardist for Yanni. Adams tours giving motivational talks and seminars in schools and retail stores, as well as conducting drum clinics and private lessons. Two of his more well-known students are Jimmy Chamberlin (Smashing Pumpkins),[12] and Billy Mason (Tim McGraw). He also runs an on-line music store and owns a 24-track digital recording studio, Adams Apple Studio, in Nashville, TN.

In 2004 Adams partnered with the Autism Society of America (ASA) to increase autism “awareness”.As part of this effort he published an autobiographical video Charlie Adams, Stories and Solos: Life’s Journey Through Music, Family and Autism, which contained videos and clips from Adams’s and Yanni’s rock-and-roll band, Chameleon, and told Adams’s story of having four children—including two autistic young boys—and his family’s struggles and hopes for them and for the autism community. Adams later began co-producing a full-length feature film project entitled Jason’s Run, intended to portray the life of an autistic character. 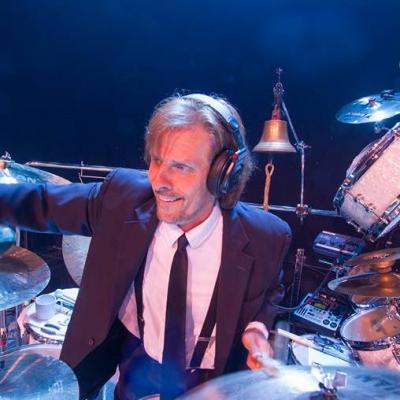