Carter was born in San Francisco and shortly thereafter moved to Connecticut. This is where McLean listened to and fell in love with music and especially the drums. At age 10, he started his journey as a musician. Broadway wasn’t even on his radar when he started working at Manny’s Music in Manhattan just prior to 9/11. The self-taught musician had just wrapped up his studies at University of Colorado, Boulder and was hoping to land a gig with someone like Sting, Peter Gabriel or Paul Simon. But then, while working his shift and playing at the store, he got noticed by a vet of Stevie Wonder’s band Dennis Davis and got invited to play with legendary musician Roy Ayers in Harlem. While touring with Melvin Sparks in 2002 McLean was approached to be a sub at The Lion King in NYC. This eventually lead to McLean taking over the chair at the hit show in 2011.

From Charlie Hunter to the Lion King on Broadway, McLean has been busy touring and doing studio work as well as having a busy teaching schedule. In addition McLean has shared the stage or recorded with Jamie McLean, Greg Holden, Charlie Hunter, Victor Wooten, Anthony Hamilton, Bernie Worrell (Parlament Funkadelic), Fred Wesley (James Brown), Shelby Johnson (Prince), Melanie Gabriel (Peter Gabriel) Leni Stern, Matt Duke and many others. Carter also released his own record “GHOST BRIDGE” in 2010 where he sings and plays guitar. 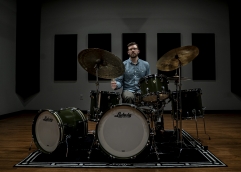 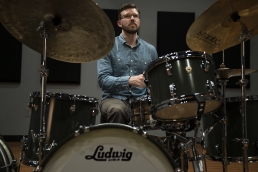