Butch conducts jazz clinics at universities and high schools, continues to record c.d.s, and plays frequently in small group capacities at jazz parties and festivals around the globe, where he brings together technique, creative finesse and a love of the music that delights audiences.

As the drummer for the world-famous Count Basie Orchestra (1975-1979 and 1997-2007), Butch quickly became renowned for his swinging big band style and techniques. Butch has performed at the Newport Jazz Festival (now the "JVC Jazz Festival") in New York since 1975 and the Grande Parade Du Jazz in Nice, France nine times. He has performed at every major jazz festival in the world including: the Montreal Jazz Festival; North Sea Jazz Festival at the Hague, the Netherlands; the Montreux and Bern Jazz Festivals in Switzerland; the Berlin, Munich, Cologne and Stuttgart Jazz Festivals in Germany along with many tours throughout Europe, Australia, the Far East, the Americas and the Caribbean. Butch has been a featured performer of the West Coast Jazz Party every year since it originated in 1995 (California - West Coast Jazz Party).

In 1976, Butch played a Royal Command Performance for Her Majesty the Queen of England, which was televised throughout all of Europe. Butch Miles has recorded over 100 albums (see Discography) and has been on four (4) Grammy winning albums, along with being nominated numerous times for the European equivalent of the Grammy.

He has appeared on “60 Minutes,” “The Tonight Show” starring Johnny Carson, “The Merv Griffin Show,” “The Dick Cavett Show,” “the Mike Douglas Show” and six times on “the Jerry Lewis Telethon.” Internationally, Butch has made personal appearances on radio and televisions stations throughout the world. He has also appeared in three motion pictures: “The Australian Jazz Fest” filmed while Butch was touring Australia with the Dave Brubeck Quartet, “The Last of the Blue Devils” filmed on location while he was touring with the Count Basie Orchestra and briefly in Woody Allen’s “Crimes and Misdemeanors.” Butch performed on the soundtrack of the 2003 film, The Alamo. He also travels for the Ludwig Drum Company giving clinics and concerts worldwide (Ludwig/Musser). Butch produced a c.d., Straight On Till Morning in June 2003, from Nagel-Heyer Records (Nagel-Heyer Records), Hamburg Germany. Butch was honored by the State of Texas Senate on March 3, 2005 for his accomplishments as a drummer, and is currently a faculty member in jazz studies, Texas State University, San Marcos, Texas.

A graduate of West Virginia State College with a Bachelor of Arts Degree, Butch lives in Austin, Texas with his wife, Linda. 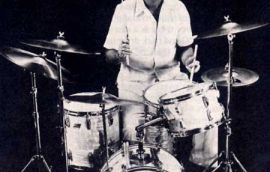 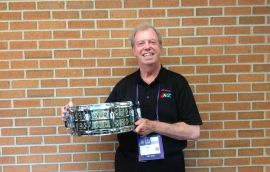