With a confidence reflecting an instrumental and compositional maturity that both belie his age and announce the arrival of a remarkable talent, Bryan Carter exudes what promises a highly successful career.

Shortly after completing his training at The Juilliard School in New York City and still at the very outset of his career, Carter has already played and/or recorded with many notable artists including Clark Terry, McCoy Tyner, Wynton Marsalis, Marcus Roberts, Kenny Barron, Michael Feinstein and Kurt Elling.

Carter attended The Juilliard School as a Jazz Studies major where was the recipient of the Irene Diamond Scholarship as well as the Samuel L Jackson Scholarship. While at Juilliard, Carter took a strong interest in composition, orchestration and interdivisional cross-collaborative performance.

Aside from performing Carter conducts clinics, master-classes and workshops at schools, colleges and universities around the world. Currently Carter served as a founding teaching artist for the Jazz at Lincoln Center, “Jazz for Young People” program in New York City. As a proud member of the LGBTQIA+, Bryan is committed to the creation of safe spaces for young musicians from all walks of life. This past summer Carter produced, "Jazz at Pride: A Celebration of the LGBTQIA+ Community within the Jazz Community". This landmark event brought together over thirty musicians and coincided with the 50th anniversary of the Stonewall riots..

When Bryan is not on-stage or in the studio, he can be found expanding audiences for jazz via written publications, YouTube and as a presenter on television. He is releasing a new album in the fall via La Reserve Records 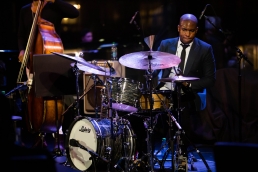 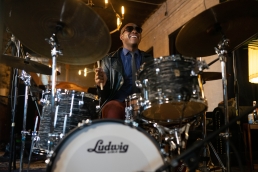