Ahmir Khalib Thompson was born in Philadelphia on January 20, 1971. His father was Lee Andrews of Lee Andrews & the Hearts, a 50s doo-wop group.[1] His mother, Jacquelin Thompson, together with his father, was also part of the Philadelphia-based soul group Congress Alley.[2] His parents did not want to leave him with babysitters, so they took him on tour with them.[3] He grew up in backstages of doo-wop shows. By the age of seven, Thompson began drumming on stage at shows, and by 13, had become a musical director.

Thompson began performing on South Street in Philadelphia using drums, while Tariq rhymed over his beats and rhythms. Thompson and childhood friend, Jay Lonick, were known for improvisational "call and response" percussion battles with plastic buckets, crates, and shopping carts. This style translated into Thompson's usual drumset arrangement, with most drums and cymbals positioned at waist level, emulating his original street setups. 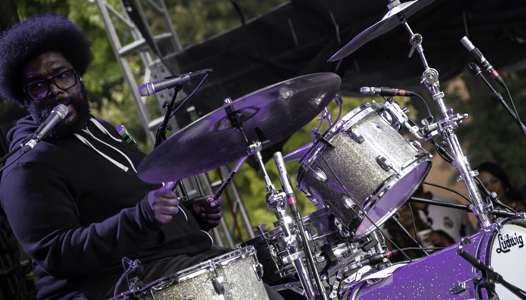 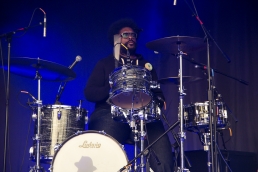 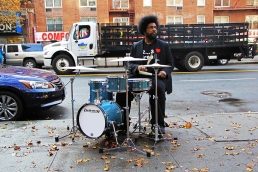 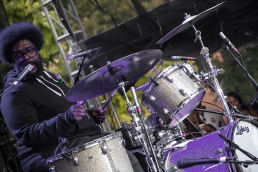